Warning: A non-numeric value encountered in /home/.sites/52/site1417/web/wp-content/themes/Divi/functions.php on line 5763 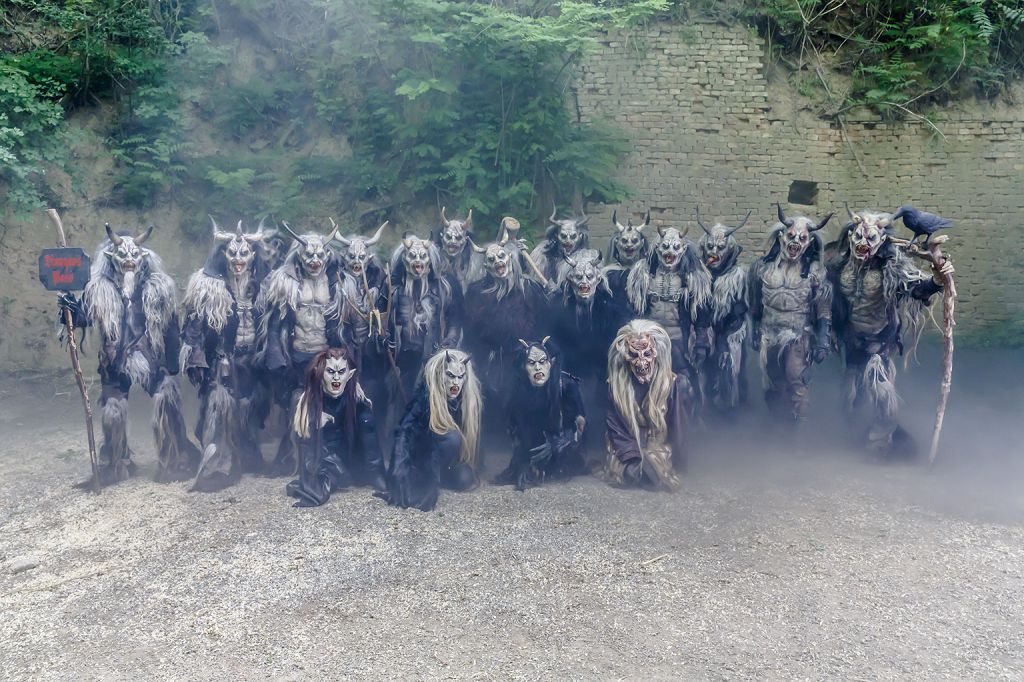 Since the year 2000 the Krampus-Association of Hollabrunn (Lower Austria) organizes traditional parades around the creature called Krampus. Krampus is the counterpart to Saint Nicholas. By tradition Krampus punishes all the people who have misbehaved. 2009 the Association “Dionysos Pass” was established. Today 6 hags and more than 20 Krampus are part of that group. Furthermore, they try to establish a group of children and teenagers who also want to act as a hag or a Krampus. Traditionally there is a special event for the young talents at the mid of December.

Alexander Rausch is the founder and the chairman of the association. Together with the members he travels through Austria to join other parades and events during the pre-Christmas-time. They also visit schools and kinder gardens to explain the tradition to children. The members wear masks from Mr. Horst Pali (Tyrol) and got hides provided with, for example hair of goats, from the tannery Peter Koch (Carinthia).

In Hollabrunn those parades take place in the city center and the pedestrian area. The first years about 3.500 people came to see Krampus in action. In 2017 the association registered a record attendance of more than 7.000 people at the main square in Hollabrunn. Groups from all over Austria, for example Lower Austria, Carinthia and Tyrol, come to join the parade and visitors travel even from the United States and especially the Czech Republic to Hollabrunn to see and experience the nightmare before Christmas.

The association is looking forward to the 20th anniversary in 2020. There will be a show that nobody has ever seen before – Be curious about it!